Mahindra Scorpio N : A better alternative to Jeep Meridian, except for one flaw

Regarding Mahindra and Jeep, it’s not the first time these two Indian and American brands have competed. Their history reveals how these two car brands are always involved in a cold war. However, let’s get to the point. Despite the fact that the Scorpio N and Meridian cannot be compared due to their different body structures, we can prove that the Mahindra Scorpio N is a better alternative to the Jeep Meridian, with one exception. We hope you find this article helpful in making your choice. 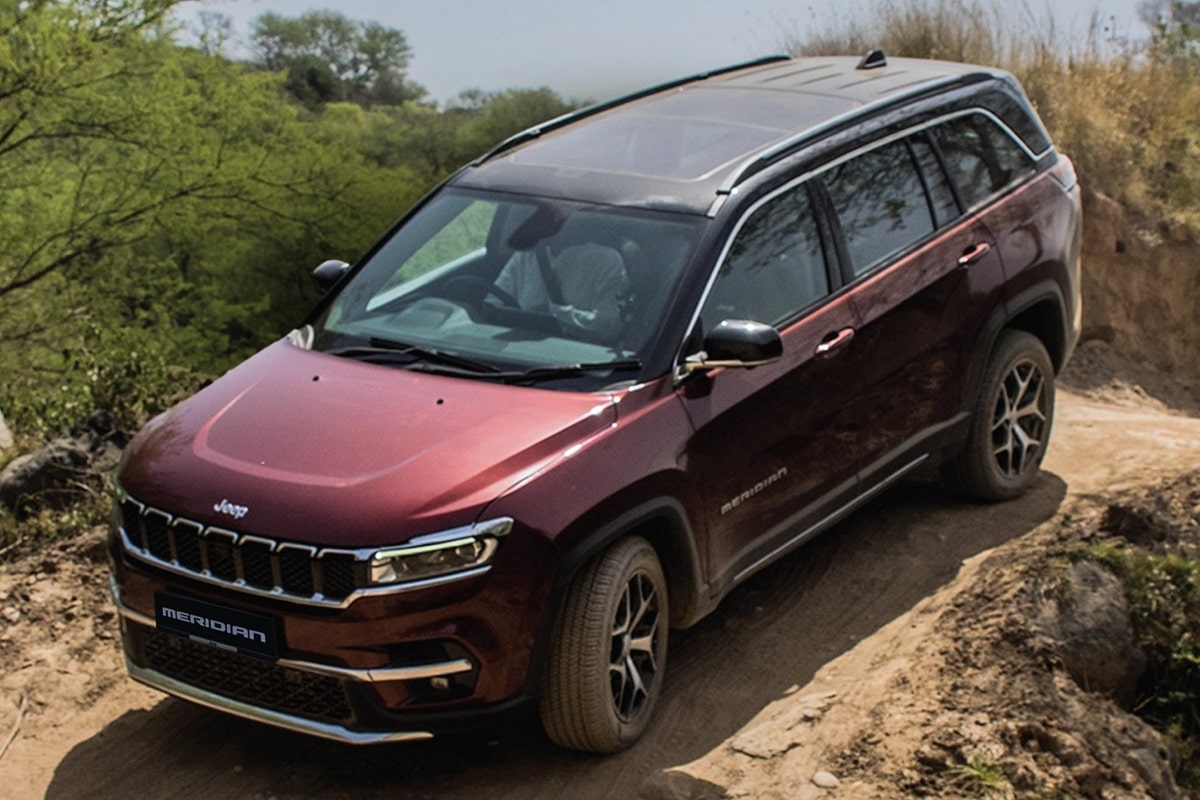 Though a larger dimension does not always imply that a bigger car is better, it can provide some insight into how the car will appear on the road. According to the above table, the Merdian is a longer SUV than the Scorpio N, and because of its longer length, its wheelbase will be longer as well. The major difference is the engine option comparison, and you don’t need us to tell you that Scorpio N is far superior to Meridian in this regard. Scorpio N is available with two powerful engines: a turbo petrol engine derived from the XUV 700 and a turbo diesel engine.

The Jeep Meridian, on the other hand, has only one engine option, the 2.0 L Multijet II Diesel engine, which is also very good in performance and has been proven in Harrier, Safari, Compass, and MG Hector models.

Because the Jeep Meridian does not have a petrol engine option, we will only compare it to the diesel version of the Scorpio – N. In terms of power and torque, the Scorpio diesel engine outperforms the Merdian diesel engine.

Drivetrain and Construction: Which one is a true SUV? 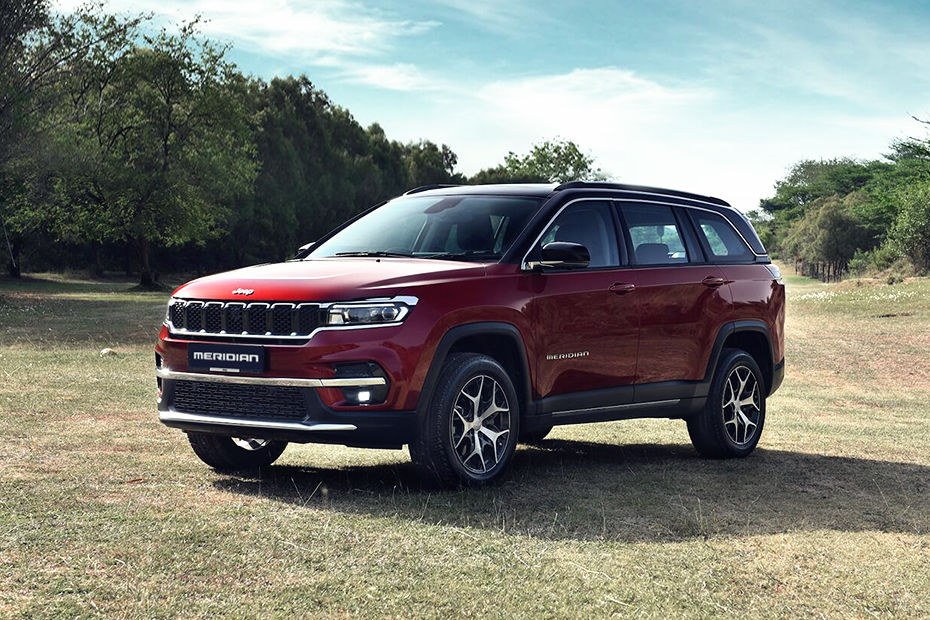 Another reason we like the Scorpio is that, even in the era of crossover SUVs, Mahindra continues to offer the traditional SUV with Body on Frame Construction with the Scorpio N. Jeep Meridian, on the other hand, is built on a monocoque structure, similar to the XUV 700, Tata Safari, and Jeep Compass. Furthermore, the Scorpio N is available in standard RWD as well as a 4X4 option, which is a plus for an SUV going off-road, whereas the Jeep Meridan is available in standard FWD as well as a 4X4 option.

Of course, the 4X4 version of the Jeep Meridian is the better option to buy; otherwise, why would we recommend the FWD version of the Meridian? Already, Tata safari-like FWD SUVs with the same engine as the Meridian are available in the market for around 10 lakh less. 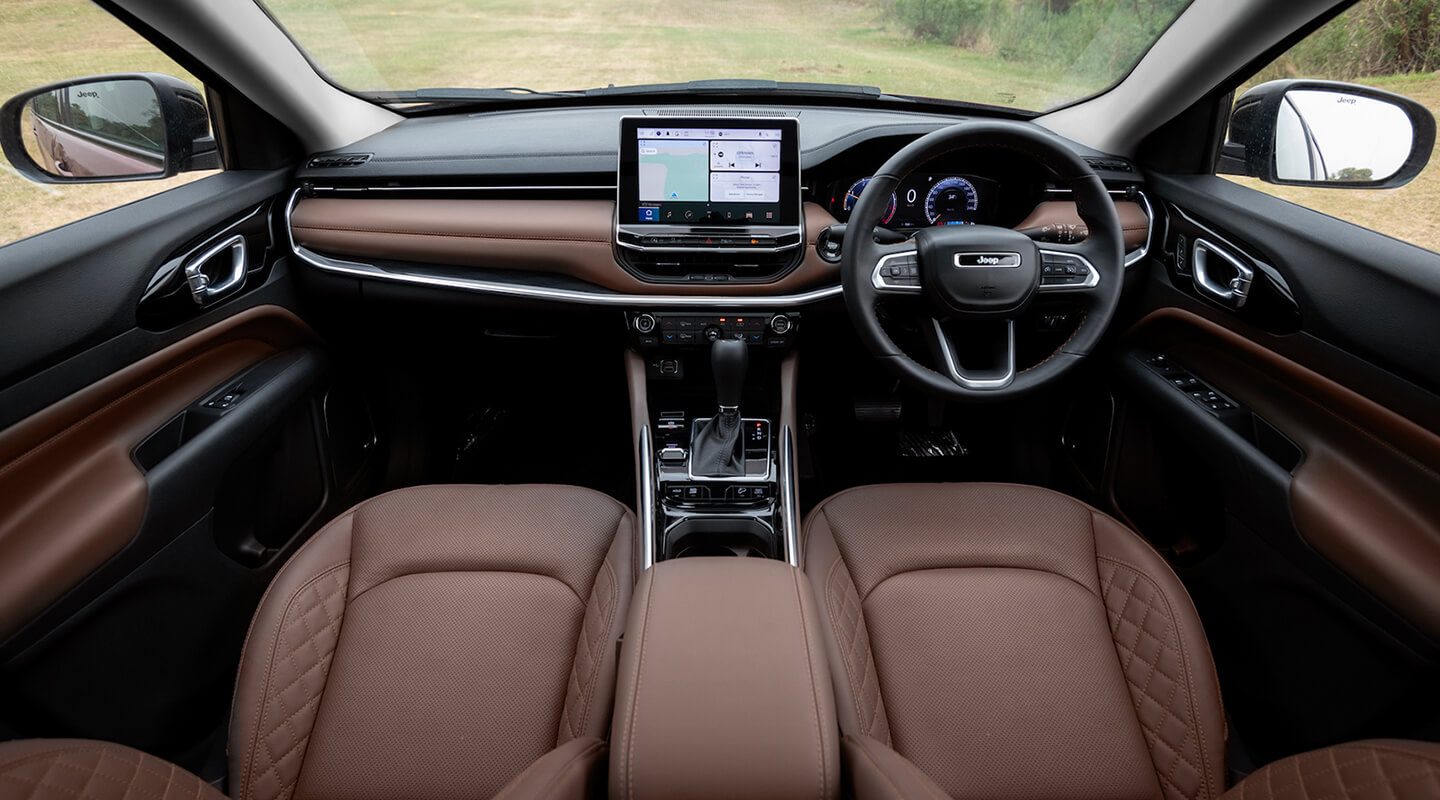 The Meridian receives a 10.25-inch digital instrument cluster, 10.1-inch touchscreen with wireless Apple CarPlay and Android Auto, wireless charging, powered front seats, dual-zone climate control, powered tailgate, panoramic sunroof, and other features, the majority of which are carried over from the Compass.

It does, however, lack ventilated seats, front parking sensors, and ADAS functionality, which are particularly notable at this price point. The interior hasn’t changed much since the Compass, with the exception of a new brown-black interior colour scheme, a new quilted pattern for the seat upholstery, and, most importantly, the addition of a third row. For the time being, the Meridian will only be available as a seven-seater, though a six-seater variant may be in the works in the future. Scorpio -N, on the other hand, receives The 8.0-inch infotainment screen takes centre stage on the dashboard and is powered by an AdrenoX system similar to the one seen in the XUV700. A 6.5-inch MID sits between them, providing all the information you need without the use of gimmicky digital rev counters or speedometers. Furthermore, there are enough buttons to quickly access features like Driver Drowsiness Detection and Tyre Pressure Monitor. The brilliant 12-speaker 3D sound system is the highlight of the Scorpio’s technological equipment. Mahindra took it straight from the XUV700, and as a result, it sounds almost as good, with a huge soundstage aided by roof-mounted height speakers in the first and third rows.

The Jeep Meridian is a good product, but given its high price, the Scorpio N would be a great alternative because it has a more powerful engine and a better drivetrain at a lower price than the Meridian. For the price of the base variant of the Jeep Merdian with FWD configuration, you can get the top variant of the Mahindra Scorpio N with 4WD and a more powerful engine.