Kia Sonet Pros and Cons. Should you buy this car ? 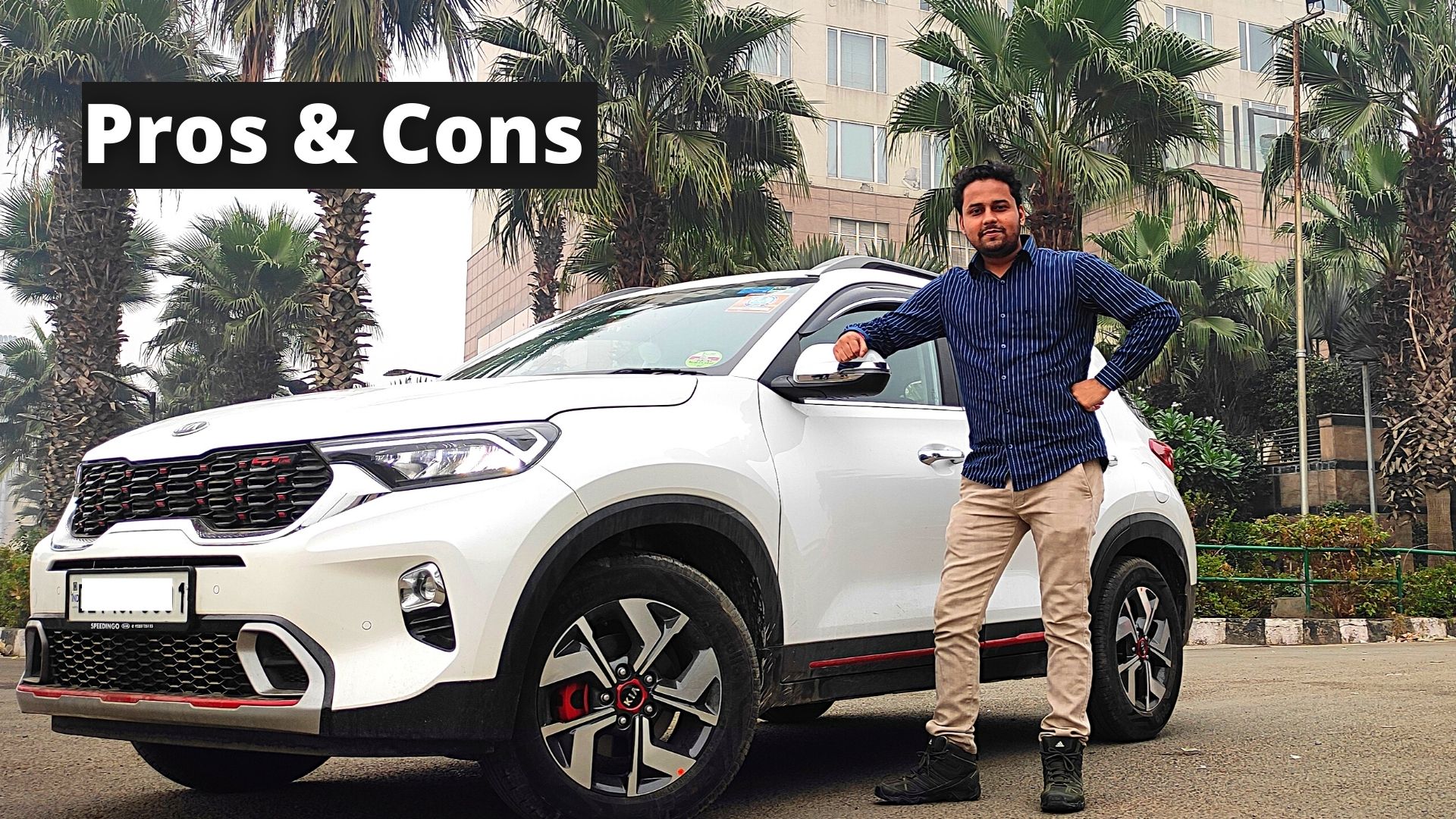 The sub-compact SUV segment has become one of the most popular and highest selling segments in India. Every car manufacturer wants to launch its car in this segment.

Nissan Magnite is the latest car to be released in this segment recently.

After recording 9,266 unit sales in the month of October, Sonet has crossed five figure sales mark only in its second month.

Clocking an impressive 25 per cent jump in November sales and now Kia Sonet has became the most selling Sub Compact SUV.

Yes! Now we know that kia Sonet is the most selling car in its segment but it doesn’t mean that it will be a perfect option for you.So today we are going to present you the pros and cons of Kia Sonet. Based on these Pros and Cons you can decide if it is a perfect car for you or not.

Kia got the great proportion, and despite the sub four-metre restrictions the Sonet bestows striking look from every angle.No doubt it is one of the most stylish cars of the segment.

At the front you get ‘Crown Jewel’ LED headlamps highlight the aggressive front and gives it a wild, muscular road presence.

While talking about side profile you get the beautiful 16 inches crystal cut alloys which makes the car look sportier.

In rear you get the heartbeat LED tail lamps makes its rear look aggresive.

Kia Sonet offers you a 205 mm of ground clearance which makes it steer over big potholes and bumps like a Cake-walk.

Moreover a massive boot space of 392 Liters enhances its practicality and makes it a perfect choice for those who travels frequently along with the loads of luggage.

Wide variety of Engine and Transmission :

The Sonet has 1 Diesel Engine and 2 Petrol Engine on offer.

It has 1.2 L, 4-cylinder Naturally aspirated petrol engine, which makes a maximum power of 83PS at 6300rpm and peak torque of 115Nm at 4200rpm. It is available with a 5-speed manual transmission and has a mileage of 18.4kmpl.

The another petrol engine is the Turbo GDI engine ie. 1.0 L, 3-cylinder turbo petrol engine, which makes a maximum power of 120PS at 6000rpm and peak torque of 172Nm at 1500 – 4000rpm. It is available with a 6-speed manual and a 7- speed DCT type automatic transmission.

Now talking about the diesel engine, The Kia Sonet has a 1.5 L, 4-cylinder diesel engine, which makes a maximum power of 100PS at 4000rpm and peak torque of 240Nm at 1500 – 2750rpm. It is available with a 6-speed manual and a 6-speed torque converter type automatic transmission.

When you enter kia sonet ,the first thing you will notice is its steering. The flat-bottom steering wheel feels nice and chunky in your hands and the controls have a quality feel too.

The Sonet has a very nice, quality feel to the interiors. Seats are comfortable and feel like quality.

The Kia Sonet features the largest touchscreen infotainment in this segment. The 10.25-inch unit is the same as the one seen on the Kia Seltos and comes with a slew of features like navigation, driving and trip data, USB, Bluetooth and Aux connectivity, along with being Android Auto/Apple Carplay compatible. This unit is available on the HTX+ and GTX+ trims of the Sonet, with lower trims coming with the 8-inch touchscreen as seen on the Venue.

Another segment-first feature, and possibly most usable in our climate, is the ventilated front seats that the Kia Sonet offers.Kia has also kept in tune with the need of the times. The Kia Sonet is the first car in this segment to comes with a PM2.5 air purifier.The Kia also offers a premium brand audio system with the Sonet. The Bose system uses six-speakers and one sub-woofer.

In a nutshell this car is for those who want a feature loaded car.

The only downside of the Sonet’s second row is the overall space. While the headroom is sufficient for a 5’10, leg room simply isn’t the best. Overall space in the back is more than comfortable for two, while three will definitely rub shoulders.

So,if you are looking for a proper 5-seater SUV with ample rear row space, then the Kia Sonet may not be a viable option.

Traditional Manual is not available in turbo variant :

Kia Motors India decided against giving the 1.0-litre turbo-petrol version of the Sonet a traditional Manual gearbox, and instead launched it with a 6-speed iMT and a 7-DCT unlike the Venue – which offers the iMT as an alternative to a manual gearbox.

So if you are the one who prefer traditional manual transmission then you have to prefer venue to sonet.

While the turbo petrol and diesel engines of sonet are one of the most power engines in the segment,there is a one more engine which is not as good as the other engines in terms of performance – The famous Hyundai’s 1.2 L Naturally aspirated engine.

So if you are the one who prefer decent performance then this engine will be a good option otherwise we will recommend you to choose its other engine types preferably 1.0 Turbo-